St. Luke’s College, formerly known as Catechetical school, is situated in Edin, Myitkyina, Kachin State in the Northern part of Upper Myanmar. As a school, it was established in 1939 in Banmaw, to serve the faithful in the diocese of Myitkyina by the Irish Columban Missionaries. They, in its inception, felt the need to reach out to the spiritual needs of the unreached catholic communities. War and displacement during the Second World War was the first major challenge to the Kachins. Kachins were used by the British army as fighting force often giving the hope that when the British leave there would be a Kachin home land.

Second World War hastened the departure of British. Kachins sought equality and signed the historic Pang long agreement. But it collapsed and a chronic civil war ensued which has destroyed the life of thousands and made them Internally Displaced Persons (IDPs). The effect was such, even the school was displaced from Banmaw to Tanghpe, and finally it was settled down in the present campus of Edin, Myitkyina. So far, it has trained 700 graduates and 417 are in service in the remote area of their own communities.

Today, especially the college caters to the male and female students of the dioceses of Banmaw, Myitkyina of Kachin State and Lashio and Kengtung of Shan State. At the end of the two years formation, they are prepared to be the real grass root community faith-justice leaders. 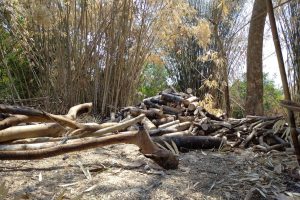 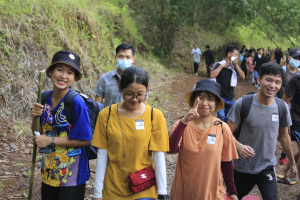